Big data refers to data sets that are too large or complex to be handled by traditional data processing applications. Women in Big Data is an organization dedicated to increasing the number of women who work in the field of big data or who study in academic disciplines that lead to jobs within the field. As with many of the professional and academic fields related to science, technology, engineering, and mathematics (STEM), there exists within big data a significant gender disparity. Whether it is students majoring in a STEM-related degree or employees working for a tech company, men often form a large majority of students and professionals in STEM-related disciplines and fields. Citing statistics from a 2015 study by the American Association of University Women (AAUW), an infographic created by Women in Big Data provides examples of this gender disparity in both academia and the professional world. In 2013, for example, only 18% of computing degrees earned that year were by women and only 12% of engineers working for tech companies were women.

On their website, Women in Big Data (WiBD) identifies a diversity and inclusion conversation with Michael Greene, Intel V.P. and General Manager of System Technologies and Optimization within Intel Software and Services Group, as the start of their organization’s initiative. During the conversation, two accomplished women from Intel, Ziya Ma, V.P. of Software and Services Group and Director of STO Big Data Technologies, and Shala Arshi, Marketing Director of Software Solutions Group, highlighted the difficulties of finding and recruiting women for their big data engineering workforce. As a result, Greene proposed working with industry partners to do something about it. Not long afterwards, they did exactly that and in June 2015 they held their first luncheon with eighteen females from important companies such as Intel, Oracle, IBM, SAP, Cloudera, amongst others. 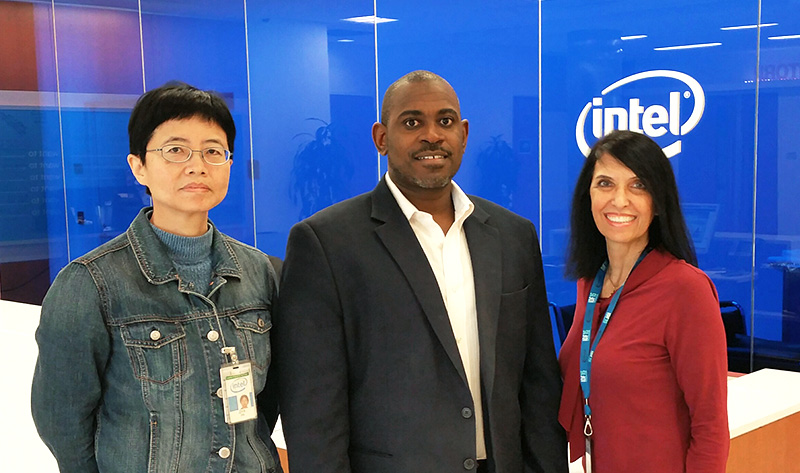 Addressing the gender disparity in tech

In keeping with the spirit of WiBD’s founding, a special luncheon sponsored by the organization was held recently in Seville, Spain in order to explore and promote the role of women in big data. From November 14 – 16, the city of Seville (Hotel Meliá Sevilla) was host to the Apache Software Foundation’s annual Big Data convention. The Apache: Big Data convention provided an opportunity for Apache users and developers within the field of big data to gather together for the purposes of education and collaboration. The WiBD luncheon was a special event during the convention that gave attendees the opportunity to network with each other after having the privilege of listening to speakers whose presentations informed the audience about the number of women in the field and sought to highlight paths for women into big data as well as ways to increase the number of women in the field.

Starting the luncheon off was Anna Marchon of Intel who provided attendees an overview of WiBD. The first keynote speaker was Tina Rosario of SAP (Global V.P., Enterprise Data Management) who’s presentation offered us a firsthand look at her journey through SAP and the projects she embarked on along the way. Her presentation was then followed up by Marina Alekseeva of Intel (GM of the Intel Software and Service Group in Russia) who’s talk allowed attendees to see how a woman from a non-tech background (Mathematics) was able to successfully work her way into the big data field. All three speakers offered the unique perspective of women who already work in tech and could thus provide the audience with somewhat of an “insider look” at what the big data field is like for women as well as how women could become a part of the field.

Such perspectives are especially relevant given the fact that women often make up a smaller proportion of students majoring in STEM degrees in university which makes it seem almost inevitable that women will also make up a smaller share of the workforce within in fields such as big data. The lower number of women with STEM degrees, one could argue, leads to a smaller pool of qualified potential employees for tech companies to hire from. As such, it can be said that the gender disparity in the tech industry is simply reflecting the pre-existing disparity on college campuses. The question one must then also ask is: why are women less likely to choose a major in STEM?

“I think the challenges start at the youth”

According to Tina Rosario, one of the keynote speakers at the Women in Big Data luncheon, the problem begins long before a woman steps onto a college campus or enters the workforce. “I think the challenges start at the youth”, Rosario says in an interview with Sevilla World, “I don’t think we are encouraging women from a very young age that a technical career is a strong possibility for them”. Given the unique perspectives and abilities women often bring to the table, Rosario believes that there is much to gain from making greater efforts to hire women. Making a strong case for increasing the number of women working in information technology, she says “I think they’ve got quite a lot of strengths in multitasking, in organization, in communication, in empathy, those skills are very much needed in the IT environment and women are very uniquely positioned to provide that”. To increase the number of women in the tech industry, she believes that simple steps like speaking up about the need for more women in the industry and on the value of adding women to company teams can be just as important as encouraging female executives to hire more women to their companies.

For the full interview with Tina Rosario, please see the video below: