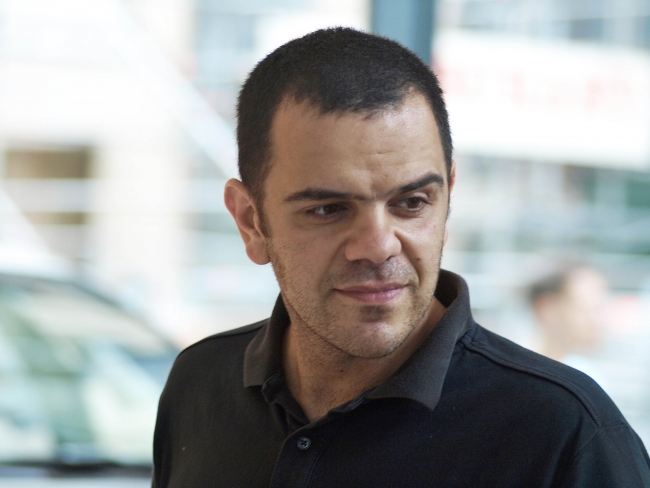 
Richard Saad holds a Bachelor of Architecture from the American University of Beirut (AUB), where he received the “Areen Award of Excellence in Architecture” for his final project. During his studies he started taking jobs in Photography as a way to pay off school fees in the early beginnings, as well as DJ-ing on the side. Later on, he sold his DJ equipment to purchase his first camera.

Q: What kind of photography would you say you are most intrigued by?

R: Originally, I started off with street Photography by discovering places around me that were interesting, but in college I used it as a way to fund my education. So, I mainly worked with fashion and Architecture. I could not really focus on what I loved at that time. My real interest lies in street Photography, portraits and Architecture. There is something about capturing new and unseen places that you just cannot explain.

Q: What influenced your decision to be an Architect?

R: Honestly, I started out majoring in Graphic Design because that was the route to go if you were interested in the field of Arts. At the end of the first year, I realized I had no interest in the subject at all. So, I decided to switch to Architecture because many of its course requirements coincided with Graphic Design. I became an Architect by accident. But I actually really enjoy it, because it’s a way of living and thinking, or a state of mind, a filter through which to see the world and analyze it. My architectural training helped me optimize my problem-solving potential and analytical skills.

Q: How would you define your architectural design approach?

R: I would say it’s a complex approach. My work is very contextualized and specific to whom we design it for. We try to pay attention to what’s going on in the environment around the client, whether it’s political or cultural values. We don’t look at the future as being more important than the present’s cultural context and issues. And while trying to be as eco-friendly and respectful to nature to a certain extent, the buildings we design are meant to be catalysts to the future development of a given area.

Q: Is there a certain project that you consider the most rewarding?

R: There’s no such project in particular. That being said, I enjoy it when my coworkers and I collaborate together; I can sense all the energy and excitement generated from the collective work on a project.

The first exhibition and Architectural success

Saad held his first solo exhibition, ‘Damascus’, in 1996. It consisted of a series of Black and White (B&W) shots capturing the Syrian city’s local pre-war people and culture. A full documentary now changed by modernization and the hardships of war: “The world and people of Damascus have changed since the war began”. The artist still remembers the place as if it was yesterday. Even though he has not been back since the conflict started, “I have been told that Damascus has completely metamorphosed into a new environment and has lost some its cultural specificities”. A picture of his serie ‘Damascus’

The move to Barcelona

After graduating and working for five years at Bernard Khoury Architects, Saad joined Nabil Gholam Architects (NGA), where he became an Associate, currently holding the position of Head of Design. In 2006, and due to the war with Israel, he moved from Beirut to Barcelona. His principal had been planning to open a new office branch in Barcelona for some time, and they speed up the process.
Q: When did you move to Barcelona?

R: We moved to Barcelona in 1996 due to the Israeli bombardment of Lebanon. It was something new and I was still registering everything that was going on back at home as well. The challenge was to put together a team that worked in a multicultural environment, and successfully mix people with different backgrounds.

Q: How was the transition like and did you ever feel any culture shock?

R: I never felt that Spain was not home, but rather that something was missing and was just not all quite there yet at the time. Looking back now, I believe Spain was at the end quite similar Lebanon and in many aspects it felt like home, which made the transition a lot easier.

Q: Did you continue your passion for photography, or did the transition make you lose your drive to capture the world around you?

R: I wouldn’t say that I lost my passion for photography. At the time, I was trying to start a new life as well as help set-up a new office in a new country. So, there was a lot going on all at once that made the focus on photography difficult.

The move to Seville and a newly-found inspiration

After spending a few years in Barcelona, Richard moved to Sevilla in order to help establish another office branch for his firm. Along with the change, he was able to start focusing more on Photography. In Seville, his photos started to reflect more his artistic interests.

Q: How would you say your Photography changed from when you lived in Barcelona compared to when you moved to Sevilla?

R: When I moved to Sevilla, my works became much more relaxed and reflected inwards towards my feelings. I could focus on the type of photography that interested me, street photography. My style never changed but rather my expression and how connected I was with the artistic side. That’s what created the shift in what I am trying to capture.

Q: What influenced your most recent exhibition?

R: As I said it connected me back to street photography, which is what I enjoyed doing the most. I started capturing the Andalusian landscape because it really inspired me. It also draws back to my early street photography days and reflecting back on my past. I use my camera as a way to view the world with my own subjective eye and to convey that subjectivity, although what the viewers see is a different story altogether.

Q: Is there a message or a theme that you want your viewers to take away from your exhibition #Bynature?

R: As I said earlier, the idea behind it is that, when we look at things through our filter of experiences and everything we have seen, it conditions the way we perceive them. And what we see tells us more about ourselves. It reflects back to our nature from our own perspective, whether in the past or present. When I look at something, I ask myself: what am I seeing? What does it make me feel or think about?

Q: What was the purpose behind your photo series “If Walls Could Talk”?

R: Walls have gained a central presence and visibility in our world nowadays, and more often than not in a negative way, unfortunately; walls between people, or between people and nature (literally or figuratively). They are very representative right now and tell us a lot about ourselves.

It’s especially relevant to me because I am an Architect and building walls is basically what I do, although their function and symbolism are totally different, and they are meant to shelter rather than divide. I also live in Seville, a place with amazing buildings and walls that are a touristic attraction meant to be experienced and touched, rather than a division.
But as a whole, we live in a world where we are building more and more walls between people and nations. Sometimes, I look at walls being built in Palestine, torn down in Berlin, or Trump’s wall with Mexico. They are present in our everyday lives and, even worse, project us into a grim future. A picture of his serie #Bynature